The District was organized in 1956. The purpose was to construct a distribution system within the boundaries of the District and connect to the Pleasant Valley Terminal Reservoir of the Pleasant Valley Pipeline constructed by United Water Conservation District. The pipeline and reservoir supply supplemental irrigation water to farmlands within the District. The primary source of water distributed is from surface water received through the reservoir. An additional backup source of water is produced by the District’s eleven deep wells which were placed in operation in 1981. The pipeline distribution system was designed to permit simultaneous water delivery of 75 CFS over the total acreage served. The original design contemplated service to approximately one third of the total P.V.C.W.D. acreage at any one time with an irrigation delivery of 3 CFS at each turnout.

The District was formed under the County Water District Law of the State of California, as amended (Govt. Code Sections 30000 et seq.).

Management of the District is under the direction of a five member Board of Directors which acts through a staff consisting of a General Manager, Secretary/Treasurer and Attorney for the District. Construction and design of improvements to the distribution system are accomplished through the use of a consulting engineer.

The District was formed with the primary mission of conserving groundwater through the use of surface water diverted from the Santa Clara River by United Water Conservation District and Conejo Creek as secondary water supplies to supplement irrigation wells.

Later the District drilled and equipped eleven deep wells to supplement both the surface water supply and the farmers’ wells during drought or dry seasons. These wells in conjunction with the pipeline system and available surface water aid in conserving groundwater and power through more efficient distribution. 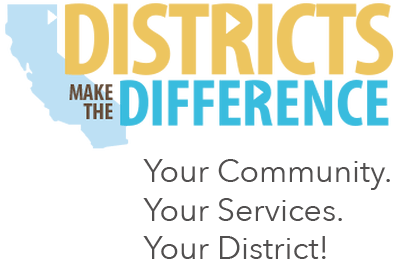